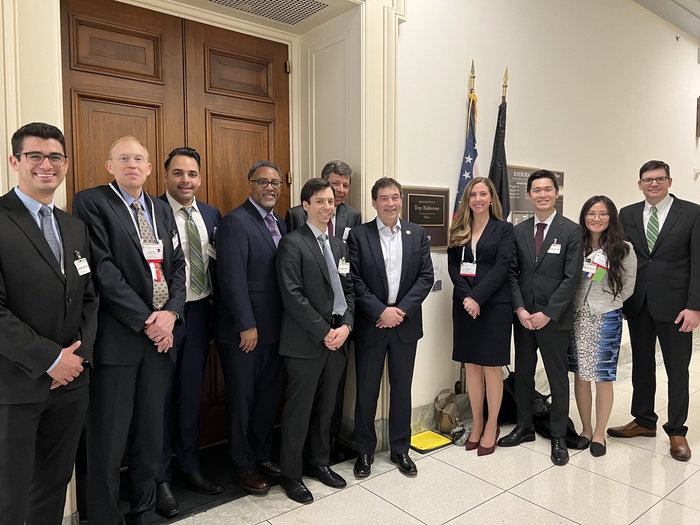 In addition, due to the support of the membership, the OOS was able to provide scholarships to four Ohio ophthalmology residents to attend the meeting: Rachel Anderson Downes, MD, Shiming Luo, MD, Chad Serels, MD and Kevin Zhang, MD. The scholarship are provided annual and named in honor of Mark Lomeo, MD who served on the OOS Board for more than ten years and represented ophthalmology in Ohio and nationally.

Don’t Forget To Vote – May 3 Primary

While the disagreement between the Ohio Supreme Court and Ohio’s legislative leaders continues over the legislative maps, the primary for all state-wide offices (such as governor, U.S. Senate,, etc.), congressional seats and some local offices will go on as scheduled. Early voting is now open and the election will occur on May 3.

There will be a separate primary for state legislative seats in the Ohio House or Senate as these district maps are not yet finalized. The date and specific districts will be announced at a later date.

With all the statewide seats up for election this year, including three key seats on the Ohio Supreme Court, the Ohio Medical Eye PAC needs your support now more than ever. We received contributions from several members that attended the annual meeting. If you didn’t give at the meeting or were unable to attend, we need your contribution today.